My coffee loves me 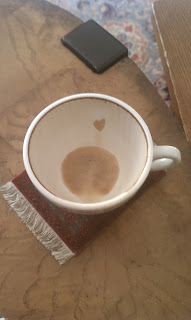 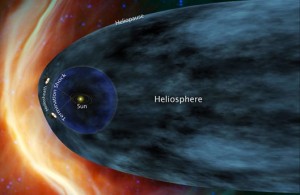 Scientists at the Jet Propulsion Laboratory
stood transfixed
at a bank of monitors
as Voyager pressed against
the foamy walls of the heliospheric bubble.
The little probe was on the verge
of piercing the outer shell of our solar system.
“I wonder what the hole in the bubble will do to us?”, one asked aloud.
_________________________________________ 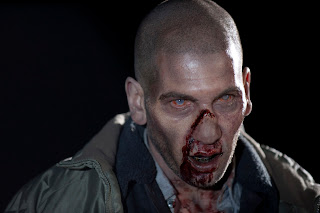 Lumbering along
as if there were no connection
between muscles and brain
he stared with unfocused eyes.
Teeth gleaming blood red
and dripping with the pink of gray matter.
His pallor betrayed him
as he trudged forward
in a jerky motion
toward his prey
who exclaimed,
"Dude. Really?
The costume is great,
but it's Easter."
_________________________________________

A gentle touch caressed her ear,
stroked her hair
and gently brushed her neck.
Cheeks flushed.
Spine tingling.
She turned to face the source of this encounter
and gasped at what confronted her.
Nothing.
Nothing but air
and the rush she felt
pulsing through her body.
There was one certainty.
This was no evil spirit.
_________________________________________ 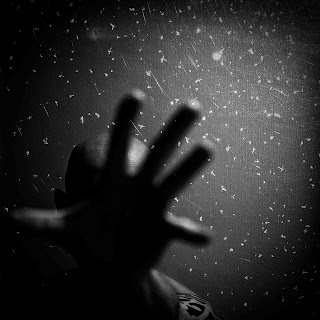 What The Hell Wednesday - Honor Among Thieves?

What can I say, I had a moment of boredom and decided to check some of my old sources for inspiration and that is exactly what I found. So now I get an opportunity to go off on an old tangent and rant about some idiot - or in this case - group of idiots that are sharp as marbles.


Mugging Foiled When One Shoots Another

NEW YORK -- Police in New York said an attempted mugging was foiled when one of the alleged attackers shot an alleged accomplice in the leg.

Investigators said the victims, 17 and 20-year-old males, were confronted by a group of eight muggers around 4 a.m. Sunday at Hunts Point Avenue and Bruckner Boulevard in the Bronx and they fled to a nearby subway station, the New York Post reported Monday.
The men refused to give the muggers any money and a member of the gang attempted to strike one of the men with a gun, but the weapon discharged and struck one of his fellow suspects in the leg.
Police said most of the muggers fled, but Randall Harvey, 20, was arrested and treated for his leg wound. Steve Boria, 16, who stayed behind to tend to his wounded friend, was also arrested.
Both men were charged with robbery.
______________
Okay, I am sure you are wonder why I titled this "Honor Among Thieves?" as much as I am wondering what two barely over adolescent boys are doing out at 4:00 AM. Well it's as obvious as the hole in Randall Harvey's leg. One of the muggers stayed behind to help his buddy. What an honorable thing to do while you're mugging someone.

So....Cheers!....Steve. What a great self sacrificing guy you are. Stand by your man and all that stuff. But that still doesn't change the fact that you are a loser and a thug and probably deserved that bullet about as much as your friend did.
Harsh? Maybe. But I have no space in my heart for the heartless. They get what they deserve and in this case it was being shot by one of your genius gang friends. What a douche. I can just hear it now.
"You doan gimme no money an I gonna stawt by plunkin' you in da hed witt da butt uh dis gun." BANG!
"SHIT!! Randy bin shot. Let's get outta here."
Scared by his own gun. What a man. I am sure his mamma is proud. I am also sure Randy looked down after he heard the shot and felt the pain and simply said, "What the Hell?"
Posted by Monkey Man at 4:30 PM 7 comments: 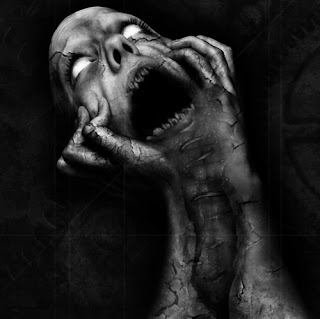 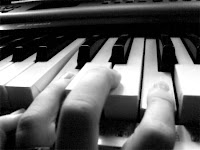 Hands flew with grace and fluidity across the keyboard.
Notes appeared as if out of thin air.
A virtuoso.
A prodigy.
If he could imagine it,
sound would burst from his fingertips.
He closed his eyes
and continued to play
until a voice interrupted to say,
“Stop playing air piano while you’re driving the car.”
Posted by Monkey Man at 5:02 PM 27 comments: 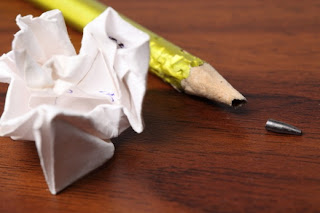 What The Hell Wednesday - Iowa Insanity

Resurrected for today - another What the Well Wednesday. This time I simply ask, "Is it just Iowa that is insane? Or is it all of America?", after reading the headline in my morning paper that said "Romney, Santorum in surprise tie".

These are choices? A man who blames liberalism for abuse in the Catholic Church versus a man who believes that life begins at the moment of conception? In whose reality?

It appears that conservatism truly believes the only way to garner attention is to pander to extremist groups. In this case the far right. My only hope is that it is then the far right whose votes have been tallied in Iowa and this isn't a true consensus of the Grand Old Party.

It appears those smart enough and talented enough to run for America's highest office are also smart enough to run away from it. The position is now the crowning achievement of ambition for career politicians and not a home for true leadership.

It is a sad state America when we pick up our morning papers and see those headlines, shake our heads and mutter "What the Hell?"
Posted by Monkey Man at 7:56 AM 17 comments: