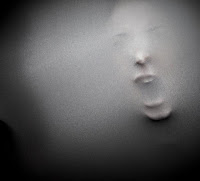 His hand nervously hovered over the button.
He had been waiting
for someone else to make the final call,
not wanting to be responsible
for what would be an historic event
that would affect millions of lives.
As the clocked ticked down,
the button was pushed.
History forever linked him to -
The Heidi Game.
________________________________
On this date in history, Dick Cline, an NBC programmer hit the button that switched from the November 17, 1968 okay this is Thursday’s date and this is a Flash Fiction Friday but I’m going with it Oakland Raiders versus New York Jets football game to the movie Heidi. With only 65 seconds left in the game, the Jets kicked a field goal to give them a 32-29 lead. After commercial break, the network went to their originally scheduled 7:00 PM airing of the movie Heidi. What fans across America missed after that was two touchdowns by the Oakland Raiders in a span of nine seconds. So many irate fans called NBC after game results were flashed on the screen 20 minutes later, that their switchboard yes, switchboard…this was 1968, remember! literally blew a fuse. Even emergency lines were clogged for hours and you thought Katrina was a disaster. Final score Raiders - 43 Jets - 29 NBC - 0.
_________________________________________

What The Hell Wednesday - Soy Suit

There is nothing like reading about the incarcerated complaining about their conditions. Let alone suing over them. Check out this story about an "entitled" prisoner.


Prisoner Sues over Soy Meals
CLERMONT, Fla. – A Florida inmate is suing the state’s prison system for pulling the pork from his meals.

Eric Harris, a 32-year-old convicted pedophile who is serving a life sentence, suggests Lake Correctional Institution’s policy of serving a vegan diet is seriously affecting the quality of his life sentence.
The Weston A. Price Foundation, a special interest group against soy products, will pick up the case’s legal expenses, and announced it has class-action ambitions including other prisoners, prison guards and taxpayers.
The foundation began receiving complaints from Florida prisoners in 2009, when cooks replaced 60-70 percent of meat in meals with soy substitutes. They claimed to suffer from a myriad of health problems, including chronic constipation followed with debilitating diarrhea and vomiting, passing out, heart palpitations, and rashes.
Harris said it’s cruel and unusual punishment.
Joellen Rackleff, a Department of Corrections spokeswoman, said meals are half soy and half poultry. Serving all meat means the $47 million food budget would double.
Currently, Florida feeds inmates three meals per day for $1.70 per inmate. Rackleff said the department should be mindful of taxpayers who pick up prisoners’ bills when making their meals and offers alternatives to soy.
U.S. courts have said in the past that prisons have to serve nutritious meals, not pretty ones or those that comply with a prisoner’s idea of home cooking.
Rackleff said meals meet those standards and comply with federal nutrition guidelines.
____________________
Every time I read one of these stories there is always one thing that just leaps off the page at me. With this story, it is the idea that a pedophile is complaining about the quality of his life sentence. Hello! You're a pedophile! You're lucky someone hasn't killed you already....sicko. They should just let you starve. Stop complaining about the food. You have sentenced kids to lives of therapy.

On top of this sick f@%k complaining about his food, we have a foundation coming to his aid. A Foundation. Do they know who they are supporting??

The Weston A. Price Foundation states on its web site "They're happy because they eat butter" and "Cod Liver Oil: Our most important superfood". No strange issues there. Apparently, the foundation and the child molester agree on one thing - eating soy is cruel and unusual punishment. So be it! Is prison supposed to be a vacation?

You really have to hand it to Florida though, feeding an inmate three squares a day on only a buck seventy. All in the interest of being responsible to its tax payers. Go Florida. Have they ever thought that it was the mystery meat and not the soy causing all the physical symptoms? Eat your swill and be happy, inmates. Jeez.

The judge who read the suit pedo-filed by the inmate, surely shook his head in disgust and said, "What the Hell?"
Posted by Monkey Man at 5:00 PM 7 comments: