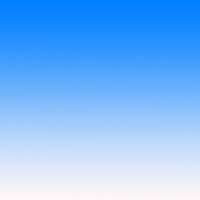 The floor was alive with writhing serpentine bodies
as the Queen stepped up to her altar
and began her dance of worship.
Followers ceremoniously
knocked three times
on the portrait of St. John
and waited for the Queen’s signal.
Yes, it was St. John’s Eve,
but all this ritual just to order a Voodoo Doughnut? 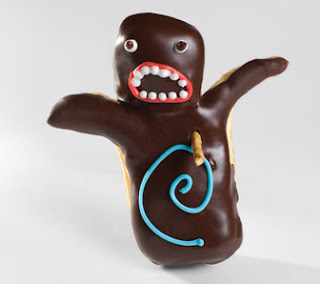 June 24 is the religious celebration of St. John's nativity. An event created in the seventh century by Christendom in an effort to place a Christian brand on the pagan summer solstice celebration. All a part of that era's Christian plan to convert as many pagans as possible. Voodoo Queen Marie Laveau began a tradition of practicing voodoo rituals on St. John's Eve. A tradition that continues today in New Orleans.

Oh my God....I just gave historical background on a 55. I may have read one too many posts by the G-Man himself. For shame.

Although I do have a Facebook page, I am not a huge fan of posting all of my "important life activities" status updates on a moment to moment basis. You won't find me doing - this....


Monkey Man
Woke up. Showered and made coffee....but not at the same time. Although I am so wonderful I probably could.

Monkey Man
Drove to work. Traffic Sucked. Don't other drivers know how important I am.

Monkey Man
Everything I say is interesting.....just ask me.

We all know the THAT Facebooker. Is that a word? "I may not be much, but I'm all I think about." Yeah. That guy...girl. Whatever.

The point is, you should be careful on Facebook or this may happen to you......

Alton Police Department Chief of Detectives Scott Golike said one of two young women who live in the home had posted a message on Facebook, boasting of receiving a monetary settlement in a civil court proceeding. He said the mention of money apparently attracted the robbers.
"This is a good lesson about how not to use Facebook," Golike said.
Police are seeking two men who allegedly broke into the residence at about 1:30 a.m. on Monday.
Golike said the men, both wearing bandannas and armed with handguns, burst into the home and held residents at gunpoint.
As it turned out, no one was hurt, the robbers obtained no money and took only a few of the residents' personal belongings. The two women live with several children and a man who was not home at the time of the robbery.
Police have strong leads regarding identity of the suspects.
________________
Right off the top..."live with....a man who was not home at the time of the robbery"....."strong leads regarding identity of the suspects." Coincidence? I think not. But definitely hand over your "friends" list to the police. Maybe they will see that comment on your status that says -

Joe Friend  Soooo...where are you keeping the cash??? You can tell me. I'm your most honest Friend.


Man of the house is conveniently gone. I am guessing he is either a part of the gang of thieves or the thieves just waited until the young women posted a status saying "Boy, I thought he would never leave." What a bunch of morons.


I wonder if they played one of those games where they ask questions. You know the ones. The "Top Five Smells I Like Best". Or  "My favorite ten movies". Or "Best places to hide my civil suit settlement money".


Now back to the thieves. Did they really think they wouldn't be caught if they were allegedly using Facebook to get to this girl's money. You think they can't follow you following someone else? Hmmmm. I don't know how, but surely they can.

Well, anyway you look at it. When the thieves didn't find what they wanted, I am sure they looked at one another and said "What the Hell?"