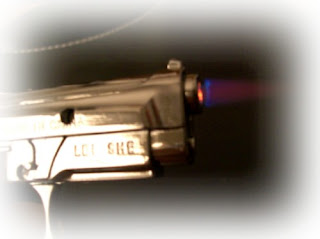 The barrel was still hot
long after the trigger had been pulled.
Smoke hung in the air
while the perpetrator
casually walked around the room
pondering how life had changed.
Where there was once romance,
there was now rejection.
He missed the good old days
when lighting a lady’s cigarette
was considered a chivalrous deed.
___________________________

What The Hell Wednesday - Possessing a Personal Port-a-Potty 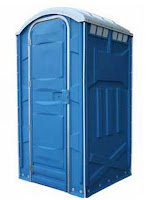 In my life I have known a number of people who spend considerable time in the bathroom including my daughter who is probably number one in time spent on number two. But nothing she has ever done comes close to the woman in this story out of Oklahoma.


Woman arrested after refusing to leave port-a-potty
A woman was arrested this week in a downtown parking lot after she refused to leave a portable toilet, police said Friday.
Donna Jo Hoffman, 62, was arrested Wednesday night on a complaint of trespassing. According to Oklahoma police, Hoffman is a transient who entered the portable toilet in a private parking lot about 10:30 p.m. Wednesday.
An employee for the construction company that owns the lot containing the portable toilet called police after she refused to leave.
Police said officers asked her to unlock the toilet and leave, to which she replied, “No. I'm having a property dispute.”
Officers forced open the door and arrested Hoffman.

Woo hoo, Donna Jo! She brings an all new meaning to the term "squatting". It appears Donna Jo was homeless....which makes this story really sad but doesn't prevent the heartless Monkey Man from making fun of the entire scenario.

So who else is at a construction site at 10:30 at night trying to use the outdoor "facilities"? Is this the swing shift? A night watchman/worker looking to drain that last cup of java?

So I picture someone walking up to the locked "potty" door, yanking on it and nearly crapping his pants when a 62 year old female voice screams "Occupado! Idiot!"

Then unable to talk his way into Donna Jo's new home, night watchworker whatever, just roll with me here must have REALLY had to go because he calls the cops to "evict" Donna Jo from her new residence.
She must have felt the seat was comfy. Comfy enough to cause a "property dispute". I LOVE that! She is totally vested in her port-a-potty - a roof over her head, her own hand sanitizer, a "chair" and a very large "cup holder" need I spell it out for you? She must have felt like she was in heaven.

I guess the good news is night watchworker did Donna Jo a favor. After all, once she was arrested she was taken to poky where she had a REAL roof over her head, probably a hot meal and, we hope, a bit of kindness from the local authorities.

What do you suppose night watchworker said when he first found the port-a-potty locked. I bet it was "What the Hell?"
Posted by Monkey Man at 8:02 PM 10 comments: 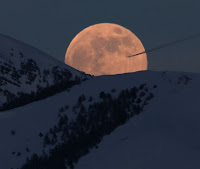