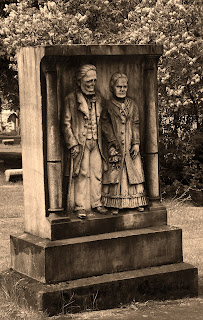 What The Hell Wednesday - Dumb and Dumber

DECATUR, Ill. -- Something came between a central Illinois couple as they waited to marry -- a court order forbidding the groom from contact with the bride.

The (Decatur) Herald & Review reported that 23-year-old Billy Rutherford was arrested for allegedly violating the terms of his bail as he and his fiancee waited outside a Macon County courtroom to get married.
Rutherford was free on bond after being charged in March with aggravated domestic battery. The fiancee had told police in March that Rutherford beat her for an entire day. Rutherford was ordered to stay away from her and was arrested later in March for allegedly violating the order.
Rutherford hasn't entered a plea in either case.
I'll enter his plea - WOMAN BEATING IDIOT! Guilty! When I read a story like this I am not sure what makes me angrier, the man who beats a woman or the woman who continues to let that man into her life. AAaaaarrrgghhh! He beat her ALL DAY!!
I guess this is a time where the justice system was in the right place at the right time, even though woman beating idiot wasn't....or maybe he was. The sad thing is that this woman will probably be waiting for him when he gets out of jail assuming he goes where I hope he doesn't get much "respect". If necessary, I will start a rumor that he is also a child molester which I am sure will get him much props in the pokey. I dig karma. I also dig that both of them were too stupid to remember there was a restraining order on the table. I hope they don't have kids. Some people shouldn't be allowed to breed.
"Monkey", you might say, "You are showing a very angry side here." I know I may be hitting a sore spot, but what makes a woman or man keep coming back for more abuse? It's just plain stupid and pointing out stupidity is what What The Hell Wednesday is all about. Okay, sometimes I also praise heroes, but dumb asses seem to pop out a bit more in the stories I read.
I can just see the look on dumb ass Rutherford's face as he was cuffed at his own wedding and prevented from participating in wedding night activities. He no doubt looked at his bruised fiancee's face and said, "What the Hell?"
Posted by Monkey Man at 8:12 PM 7 comments: