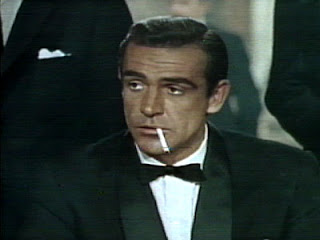 What The Hell Wednesday - Creativity in Court

Every once in a while I run into a story that nearly makes me prematurely utter my typical closing words....and this one crosses that threshold.

Felony Stupidity?
TAMPA, Fla. -- A Florida lawyer for a man who lowered an anchor on a cruise ship while drunk says his client committed "felony stupidity."

Daniel Castillo, who practices in Tampa, Fla., asked a court Thursday to dismiss a federal indictment against Rick Ehlert, the Tampa Tribune reported. He suggested charging Ehlert under a federal law designed to go after terrorists is overkill.
"He's guilty of felony stupidity -- that he is," Castillo said. "But I don't think it should be a federal crime."
The MV Ryndam, a ship belonging to the Holland America line, was on its way to Tampa from Costa Maya, Mexico, in November when Ehlert broke into a control room and lowered the anchor, Castillo said. He said Ehlert has admitted his actions.
No one was injured and the vessel was not damaged in the incident, but the arrest warrant said the sudden anchoring could have damaged the rudder or punctured the outer skin of the Ryndam. Someone also threw a life buoy overboard, causing the captain to halt the ship for 40 minutes while passengers were counted to make sure no one was overboard.
What was that now famous line Dean Wormer said to the men of Animal House? Oh yeah, "Fat, drunk and stupid is no way to go through life." Well, I don't know if this Ehlert fellow was fat, but he was certainly drunk and stupid. This may be the most honest attorney I have seen quoted in the news.
If only there really was a law that allowed sentencing for "Felony Stupidity". I can think of any number of people who should be arrested on that account...like these -
...and those are just a few I can think of at the moment. I am counting on you guys to come up with some of your favorites, too. I know you will.
Back to our story. I say "Book 'em, Danno." This guy was so premeditated. He had to locate the control room, find the anchor release and know how to endanger his fellow passengers. Drunk or not, he should pay for his actions. Who knows who would read this story that will take it to the next level knowing how easy it is to get access to a control room. Or maybe just keel haul him like they used to do in days gone bye. "Enjoy the Ride, Rick. This one's on the house."
All I know is when I first read this story, it was me who said those three little words. What the Hell?
Posted by Monkey Man at 9:17 PM 10 comments: