A moment of panic overcame him
as he lost sight of her in the crowd.
Time was running short
and he dare not miss his opportunity.
He searched madly,
knowing she would be hard not to see.
She stood out.
As the clock struck twelve
theirs was a good luck kiss for the New Year.
_________________________
Happy New Year to All!

What The Hell Wednesday - Oh Canada!

It seems that What The Hell Wednesday has primarily focused on the good old US of A with a foray or two into Europe I really don't keep track of that kind of detail so if you want to verify, just hit my WTHW archives. So today we visit our fine and friendly neighbors to the north who brought you Molson, Arctic air currents with tons of snow and my friend at Absolutely Narcissism. Really...she is VERY funny and you should go see her.

Mounties say a man was so drunk he thought it would be a good idea to taunt police by spinning his snowmobile around a parking lot while swearing at officers.


Selkirk RCMP say the bizarre incident began around 12:30 a.m. Friday in a hotel parking lot in Petersfield, north of Winnipeg.


The man finally fell off his snowmobile right in front of officers in the midst of his antics, said RCMP.


Police arrested a 35-year-old man from the Rural Municipality of St. Andrews and impounded a 2011 Polaris snowmobile.

Imagine that....a drunken Canadian. Will wonders never cease...eh? Okay, yes, I am stereotyping, but that is just part of the fun of What The Hell Wednesday, it give me free reign to get obnoxious. You know, to be an ugly American. We are soooo good at it.

What I really love about this story is the drunken snowmobiler is riding in circles around the mounties. For some reason this brings to mind the scene in Indiana Jones where the giant of Arabic decent see I can be politically correct brandishes his sword as Indy pulls out a gun and shoots him. Can't you just picture the mounties shaking their heads, pulling out their pistols attached around their necks ala Dudley Dooright and firing away until the bullet riddled snowmobile falls silent. Snowmobiler should have known you done bring a knife to a gun fight.

But in reality, snowmobile guy ends up being so drunk that he falls off the vehicle at the feet of the RCMP. Classic. This is right out of a McKenzie Brothers movie, eh? What was he yelling at the cops? "Eff off you hosers!"? I just wish my imagination was so vivid that I could make this stuff up, but....this is a true story.

I am sure the Mounties looked at the fallen snowmobiler at their feet, shook their heads and said "What the Hell, eh?"
Posted by Monkey Man at 7:00 AM 14 comments:

Face to face for the first time
yet souls that had been together
for an eternity
connected,
safe,
familiar.
Feelings open and honest
brothers and sisters,
husbands and wives,
lovers
from another time and place
few gain this opportunity
and fewer still understand and follow.
__________________________________ 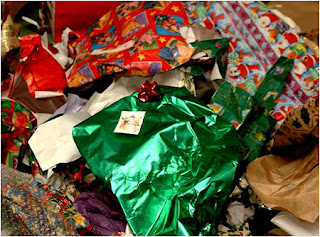