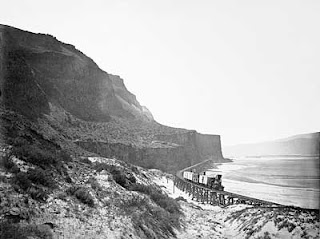 Staring in amazement
at rugged basalt cliffs
running along the course
of the mighty Columbia River,
she watched scrub juniper
and rolling fields
slowly transform
into oak and pine
that reached to the sky.
Snow covered mountains
rose in the distance 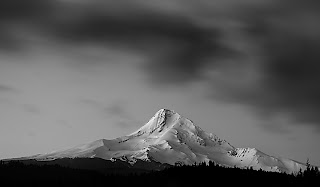 What the Hell Wednesday - Aaaa! You're Naked!

A Car thief ran off when the owner of the vehicle he was about to steal got into the car naked.

Russell Stuart, 51, was awakened when he heard his Peugeot being revved up on his driveway in the early hours, UK's The Daily Telegraph reported.

Mr. Stuart ran outside, opened the passenger door and sat beside the thief - not realizing he had forgotten to get dressed.

As soon as the thief saw Stuart, he flung the door open and made a run for it. “I just got out of bed and ran to my car, opened the passenger door and sat down,” said Mr Stuart, of Kent, southeastern England.

“I said to him, 'all right mate, where are we going then?' And he jumped out of the car and legged it. I don’t know what the guy must have thought when a large naked bloke got into the car next to him, but when your car is being stolen you don’t think about it, you just react.”

I thought the visuals created in last week's WTH were pretty darn good, but this one....don't know if I should just keep laughing or take time out to remove my brain and wash out the images.

That being said, here are a few little details that come to mind. What is a self respecting Brit doing driving a Peugeot? Shouldn't this have been an Austin Martin, Austin Healy (he drools), MG or even a Jaguar? Oh, that's right Jags aren't made in the UK anymore....well, an old one then. You know the kind that always has the hood up in the garage or is "in the shop", yah, that Jag.

So the guy disappointingly drives a Peugeot. Then something is either dreadfully wrong with the thief or the story Mr. Stuart is telling. Let's assume the thief is really stupid enough to want to steal a Peugeot and Mr. Stuart called the police after the fact to report the bare facts of this 'near' theft. That would be the only explanation for this story leaking to the press - police reports and all being public.

But why did he have to be so frickin' honest. Now I have this picture in my mind of some naked dude, all pasty white and fleshy sitting in the passenger seat of a car asking the genius thief, "Where are we going, mate?" Ballsy. Followed by the wide eyed thief jumping out the driver's side door and sprinting away from an image he will forever have burned in his brain. Mr. Stuart must have looked pretty awful naked to make the thief run for his life. He even describes himself as "a large naked bloke" - what, personal ads not good enough for this guy, so you go to the police to make a report and get more coverage? Apparently, he needed a lot of coverage.

There is not a doubt in my mind the thief was saying to himself as he looked at the naked Mr. Stuart, "What the bloody Hell?"
Posted by Monkey Man at 12:12 AM 12 comments:

The derringer fit perfectly
in her tiny hand.
She gripped it with a fury
as her temper seethed.
She ran screaming
and fired at her drunken rogue of a husband.
________________________
For the original Sunday 160 post click here.
If you wish to take the challenge, here is a quick look at the rules.
The Sunday 160 only uses 160 characters (including spaces).
Keep on schedule - post Sunday.
Let me know you have posted via a comment on my site.
Visit at least one other Sunday 160.
_______________________
A story told to me by my mother of a confrontation between her five foot tall mother and six foot five father. My grandfather was an enormous, carousing drunk of a man who worked the oil fields of Borger, Texas in the early 1930's. He came stumbling home to the family's one room shanty a bit too late and a bit too drunk one night, angering my grandmother. She was in her early twenties and took off after my grandfather screaming and firing the two shots she had in her little derringer. Fortunately for my grandfather the little gun only had enough fire power to shoot a few sputtering yards. I am so glad my mother saw humor in life and didn't hide skeletons in the closet to be forgotten by the ticking clock of time.
Posted by Monkey Man at 12:01 AM 41 comments: