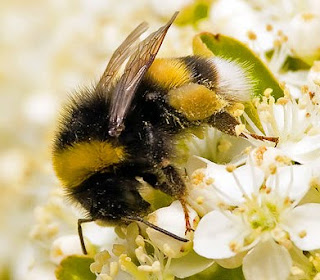 Lounging lazily on his back yard chaise,
he dozed to the drone of summer.
Dragonflies searching the skies for prey.
Pollen baring bumble bees
changing fragrant flowers to fruit.
Soft breezes rustling trees,
making them lean together
in a whisper of secrets.
Swaying in agreement.
Each contributing its feeling
to the poetry of the season.

Or if you want yet another challenge write a Sunday 160.
Like a text message, the Sunday 160 only uses 160 characters (including spaces)
Keep on schedule - post Sunday
Let me know you have posted via a comment on my site
Visit at least one other Sunday 160
Posted by Monkey Man at 5:58 PM 31 comments:

What the Hell Wednesday - Anger Management and Explosives

In order to find just the right kind of story for WTHW, I read through a lot of material. As a matter of fact, even Mrs. MM is hooked on finding stories and, believe me, she is unbelievably good at finding stuff on the internet. She located an amazing site that led me to this story.

ALEXANDRIA, Va. (AP) - A former priest and anger-management counselor who pulled a gun in a traffic dispute on two men who happened to be U.S. Marshals has been sentenced to a year in prison. Fifty-seven-year-old Jose Luis Avila of Annandale pleaded guilty earlier this year in U.S. District Court to assaulting a federal officer.

In January, Avila was driving by the marshals near his home. He honked his horn because he believed they were standing in the road. When he thought one of the marshals made an obscene gesture at him, he pulled out a loaded handgun.

The 12-month sentence was in line with what prosecutors had sought. Defense lawyers wanted probation or time served; Avila has been jailed since January.

Avila has also been ordered to undergo anger management.

Alrighty then, Jose, you were obviously napping during your own anger management counseling and didn't hear a thing you said. Either that or absorbing all that negative energy in your classes was just more than you could handle. In any case, what are you doing flashing a loaded gun on some guys who may or may not have given you the ultimate "you're number one" hand sign? Guess you have 12 months to think about it and hopefully can learn something from an anger management class taught by a real counselor. One that won't leave two marshals looking at each other asking "What the Hell?" just before they put the cuffs on you.

But wait! There's more. We also have a July 4 Holiday Bonus WTHW. Taken from the July 6, 2010 issue of The Oregonian.

Altered fireworks contributed to a July 4 accident in Vancouver that cost a man some fingers and injured a nearby child.

A 41-year-old man at the house reportedly had several broken bones and severe injuries to his fingers.

Moen said he did not know how many fingers the man lost.

His condition was not disclosed.

An 8-year-old at the address was treated for minor injuries.

Their names were not released. Both were taken to Southwest Washington Medical Center.

The Clark County fire marshal's office determined that altered fireworks played a part in the blast.

He did not say how the man modified the fireworks.

"We want to remind folks how robust fireworks are and even used properly, they can be dangerous," Moen said. "This was definitely a serious and out-of-the-ordinary event." - Molly Hottle

First, I want to commend Molly Hottle on her use of hyphens and the shear number of paragraphs she fit into this story. She must be paid by the amount of space her stories take as opposed to the number or words. REALLY....I kid you not....every lonely sentence you see in that story was a paragraph in the paper. I was going to type in the edited version, then thought it would be more fun to dis Molly's writing style. (Molly - if your editor did the whole hyphen and paragraph thing, I apologize. If not, go back to school.)

Now, on to the story. What kind of life lesson was mister "41-year-old" trying to teach this poor "8-year-old"? If it was "Fireworks can be very dangerous, son" then great job. But just a tad dramatic. I would think blowing up a G.I. Joe or his sister's Barbie might make just as big an impression as maiming yourself for life.

Don't know how many fingers were lost? Must have been an ugly, bloody stump with indistinguishable remaining digits. This is truly sad and tragic. "41-year-old man's" life is permanently changed and poor "8-year-old" will never enjoy another Fourth of July as long as he lives. Haunted by the explosive, er, "robust" nature of the event. Robust? This makes fireworks accidents sound like some sort of wine tasting. "Oooo, that was a robust explosion with just a fine whiff of sulfur and an acrid after taste."

I am sure any number of people not dialing up 911 at the time were simply asking "What the Hell?"
Posted by Monkey Man at 12:01 AM 12 comments: 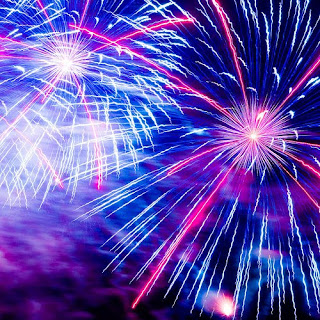 Excitement built with anticipation
of the big event.
His heart pounded.
Fireworks exploded.
It was his first kiss
and far better than he ever imagined it to be.
_______________________