The cursor blinked at him as he stared at the blank screen.
Dit.
Dit.
Dit.
“How do I thank them all?” he pondered.
He had never experienced such an out pouring
of kindness, caring, love, prayers and warmth.
Dit.
Dit.
Dit.
“Something creative and funny?"
"Something straight forward and sincere?”
Why not just –

“Thank You.”
______________
This is a Flash Fiction Friday 55.
If you want to know what the hell that means visit g-man.
The challenge is on.
______________
Or if you want yet another challenge write a Sunday 160.
Like a text message, the Sunday 160 only uses 160 characters (including spaces)
Keep on schedule - post Sunday
Let me know you have posted via a comment on my site
Visit at least one other Sunday 160
______________
This 55 is written for all of you who took the time to visit my blog of Monday titled "Parade of Love". It was written in honor of my mother who passed away early that morning. My family and I truly thank each and every one of you for your kind thoughts and prayers. May you all be blessed.
Posted by Monkey Man at 7:41 PM 42 comments:

A parade of love marched by the sole reclining spectator,
stopping to play music of love and memories.
Only soft groans allowed the parade to know
how appreciated was each and every member
of the march of adoration.
All wanted her breathing in the life they had to give.
All wanted her to rise up and march in the parade
To lead them as she had done for her entire life.
To play with them.
To laugh at their occasional off key performances.
To make palpable the love always given so freely.
To smile and cry with them.
To make each and every one of them feel special and unique.
This was her talent.
This was the ingredient the parade sought to find to fill the void
left by its leader of levity and mirth and love.
The parade wanted what it could no longer have.
Knowing it needed to move on.
Knowing it needed to allow the reclining figure peace.
Knowing it needed to let go.
As the last marcher passed to touch,
to talk,
to say good bye,
the last note was played. 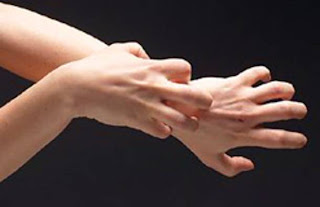