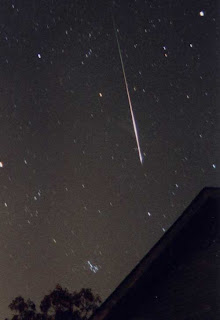 What The Hell Wednesday - A horse of a different color(blindness)

In an effort to show that the good old U.S. of A. doesn't have exclusive rights to dumb stuff, we travel to England where, just like last week, our accused lawbreaker gives us a course in creative thinking.
"Colorblind" Horse Runs Red Light
BARNSLEY, England -- A British man fined $82 for driving his horse-drawn carriage while drunk said he ran a red light because the animal is colorblind.

John Mulvenna, 56, who also received a 12-month conditional discharge when he pleaded guilty in Barnsley, England, to a charge of being drunk in charge of a horse and carriage, maintained he went through the red light because his horse, Fred, is colorblind.
Authorities said Mulvenna also directed the horse the wrong way down a one-way street.
John Dobbin, Mulvenna's lawyer, said his client had consumed four pints of beer prior to the incident.
"He thought he was in a proper state to control the horse and trap," Dobbin said. "It is clear that he was not."
I'm not sure which is funnier - the fact that Mulvenna blames the running of a red light on his horse being colorblind or that there is a law for "drunk in charge of a horse and carriage? Or that he named his horse Fred, which I also think is hysterical.
Mulvenna: "Oy am sorry,  constable, sir, but me orse iss colour blind aund coo-unt tell watt colour the lawght wus. Oy've tried to train the bloody bugger, but ees a stubbun one, that Fred."
Constable: "So, Mr. Mulvenna, does your orse also have a problem reading directional sawnage? That would explain why ee wus edding the wrong woy down this street, now woo-n't it?" All Brits sound like actors from My Fair Lady, don't ya know.
It's so nice to read that we Americans don't hold exclusive rights to stupid excuses. Or doing really dumb things under the influence. Did Mulvenna think his horse would just take him home....you know...like in the movies? Drop the reigns and just let the horse head to the barn. I'm just glad the horse didn't get hurt.
But really! Blaming the horse for being color blind and not being able to tell red from green??!? Eventually this will be a great story for Mulvenna to tell in his AA meeting. "And then theya wus tha time me orse, Fred, run a red lawght and Oy blamed im instead of taken me own responsibility for me actions."

I can imagine after hearing Mulvenna blaming him for the law breaking, Fred the horse, if he could talk, would have said, "What the Hell?"
Posted by Monkey Man at 9:47 AM 8 comments: