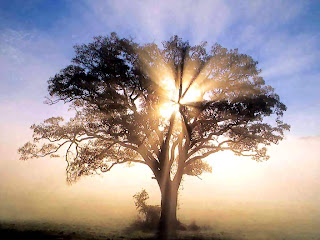 Hypnotically entranced before the sacred alter,
he murmured in a slow inaudible tone.
He rocked in a rhythmic pattern
as family members leaned in
to try to make sense
of what they perceived
as a meticulous mantra.
Finally someone said,
“Would you please
step away from the television?
College football season doesn’t start until Saturday.”
_________________________________________

What The Hell Wednesday - Quit Clowning Around

Last week may have brought you one of the dumbest criminals on record, but this story brings the just plain goofiest....and I love goofy stuff. Here's hoping you do to.

BATAVIA, N.Y. - A Massachusetts man whose colorful golf attire was briefly mistaken for a clown outfit has been charged in New York with driving a golf cart while drunk.

The Genesee County sheriff says they got a report that someone dressed as a clown was operating a stolen golf cart in the western New York town of Batavia on Sunday night. Deputies found 37-year-old James Straub, of Stoneham, Mass., driving along a road.
He wasn't dressed as a clown - just wearing some colorful clothing after an outing at Terry Hills Golf Course. But deputies say he was intoxicated.
Straub pleaded not guilty in town court to a misdemeanor count of driving while intoxicated and a lesser charge of refusing to take a breath test. He didn't have a lawyer at his initial appearance.
______________
I must say that I am shocked no....not that someone mistook golf attire for a clown outfit that a golfer was intoxicated. Really, now. Golf is an intense sport.....just like softball. As a matter of fact these sports are so intense and involved the participants require multiple breaks for the libation and smoke of their choice.

Have you ever seen a football, basketball or soccer player stop in the middle of a game Note I didn't mention baseball to smoke and drink? Oh, wait. Europeans play soccer, er, futball so there may very well be smoking and drinking during matches. I know there are in the stands...how else would you explain hooliganism??? You never hear about that sort of thing in the states. What? A brawl in San Francisco when they played the Raiders?? Impossible.

Back to the story. I am so easily distracted. Picture, if you will, James Staub in the 19th hole after his round of golf. Beertender says "Buddy, hand over those car keys, you're too drunk to drive." To which James replies, "F.U. I doan need no stinkin' car to get outta here," runs out to hop in a golf cart and races off into the evening only to be caught in an O.J. Simpson slow motion chase with the local sheriff.

Lights pulsating in signature red and blue. Siren screeching out a staccato Whoop! Whoop! Whoop! Sheriff walking next to the "speeding" cart all the while thinking "This guy really is a clown," while drivers in cars pass by looking at the scene and asking themselves, "What the hell?"
Posted by Monkey Man at 4:12 PM 10 comments: