Or if you want yet another challenge write a Sunday 160.
Like a text message, the Sunday 160 only uses 160 characters (including spaces)
Keep on schedule - post Sunday
Let me know you have posted via a comment on my site
Visit at least one other Sunday 160
Posted by Monkey Man at 6:00 PM 31 comments:

What the Hell Wednesday - Put down the beer and the gun

We go from coast to coast for this week's What the Hell Wednesday. I am telling you that you just can't make this stuff up and what people do is so stupefying it leaves you speechless. Okay, I am seldom left speechless as my comments on these two stories demonstrate.

LAND O'LAKES - About 11 p.m. Friday, a deputy pulled over a man driving a Massey Ferguson box blade tractor west on Wisteria Loop. The tractor had been stolen from a roadside construction site, according to a Pasco County Sheriff's Office report. Deputies said the driver, Heath Cannon, reeked of alcohol.

"I'm sorry, I drove the tractor to the RaceTrac to buy a beer," Cannon, 43, told deputies, according to the report.

Cannon, of 19615 Bexley Road in Land O'Lakes, has previously been convicted of theft and loitering and prowling. Early Saturday, he was arrested in connection with the theft of the $15,000 tractor, which had been reported missing by a construction company doing road work along U.S. 41. He also was charged with possession of burglary tools.

Since I'm not an east coast guy, I had to look up Race Trac. It's a combo convenience store / gas station back there. Can't you just see this guy all but falling out of some tractor in the parking lot of the RaceTrac store, buying beer from a stunned, slack jawed attendant then driving off in his tractor with intentions to pick up his favorite girl. Who I am sure had all of her teeth.

Then again, since he had his burglary tools with him still, perhaps he was on his way to some nice quiet residential area - on his tractor - to sneak up on poor unsuspecting victims. Or just planned on turning his trailer into a real mobile home.

Too bad the police interrupted Mr. Cannon's drive. His date was probably pissed that he never showed up....no doubt thirsty, too. So was this guy thinking he would just blend in with the rest of traffic as his plowed his way down the road? And what do you suppose his SAT scores were? Regardless, anyone driving by was left to say - What the Hell?

But wait....there's more. My local paper, The Oregonian, strikes again. This time with a sad story from the southern Oregon coastal town of Gold Beach.

Arthur Harkey told deputies he was awakened by a noise sometime after 4 a.m. He grabbed his gun from the nightstand and was startled by a figure in the hallway. He fired at close range and then realized he had shot his grandson, Raymond Murray, 22. He called 9-1-1 for help.

Murray suffered a gunshot wound to his lower abdomen. He was taken to local hospitals and then transported to Legacy Emanuel Medical Center in Portland where he was reported in serious condition Monday evening. - Lori Tobias

Okay, this is a real unfortunate incident, but wouldn't you love to know what the heck preceded the "young man" entering his grandfather's house at 4 a.m.? Did he live with Grandpa and was sneaking into the house after a night out with the boys - again - and Grandpa was sick and tired of the drunken little sot waking him in the middle of the night?

Did he drive all day to surprise Grandpa with an unexpected visit from his beloved grandson? "Surprise!! Grandpa, it's..." BANG! "me....uhhhhhnnn."

Anyway you look at it, both grandfather and grandson were surprised and both were saying - What the Hell?
Posted by Monkey Man at 12:01 AM 11 comments:

One Stop Movie of the Week 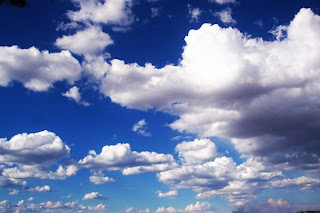 This is a Monkey contribution to One Stop Poetry.

If you want to read other contributions, 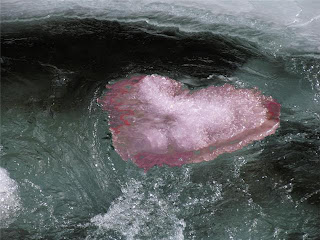