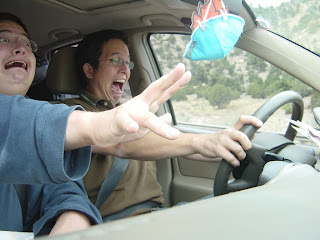 The scream pierced the air
with a decibel level high enough to shatter glass.
His foot slammed to the floorboard
with a force that shook the vehicle
to the base of its motor mounts.
But would it be enough?
Teaching your son to drive
required a subtle mastery of emotion
he was still working on.
_________________________

This is a Flash Fiction Friday 55

What the Hell Wednesday - Ankle Bracelete? What Ankel Braceler? 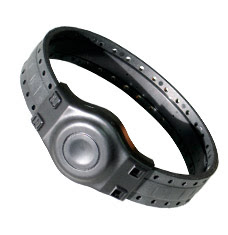 After reviewing a few of my past WTH posts, it became abundantly clear that many of them have been located here in the beautiful Pacific Northwest. So I feel the need to share the spotlight with the rest of the country. Specifically with my dear friends in Michigan....and you know who you are. Michiganders - this post is to show your area has criminals just as dumb as ours.

A parolee still wearing a GPS tether was arrested late Wednesday after police say he robbed an Ypsilanti Township pizzeria at gunpoint and fled into a heavily wooded area.

Washtenaw County Sheriff's Sgt. David Archer said a man entered the Mr. Pizza in the 800 block of Ecorse Road at 11:05 p.m. His face was partially concealed, and he ordered the clerk to empty the cash register at gunpoint, Archer said.

Deputy John Cratsenburg was several blocks from Mr. Pizza when the call came in. He noticed a man riding a bicycle matching the description of the robber, a sheriff's summary said. When the man saw Cratsenburg, he got off the bike and ran.

Sgt. Dave Egeler spotted the man in the area and gave chase into the wooded area, where he and other officers were able to take the man into custody, reports said.

Police recovered the handgun and the cash taken in the robbery, Archer said.

The 43-year-old Washtenaw County resident is scheduled to be arraigned Friday on charges of armed robbery and using a firearm to commit a felony.

Police said he is currently on parole and was wearing an electronic tether, but the details of his past conviction were not immediately available. (G-man: note the Maize & Blue tribute here)
Many thanks to Amilie Nash of AnnArbor.com for bringing this juicy story to light. Also, thanks so much to the forefathers who named towns and counties in Michigan. I just love the way Ypsilanti rolls off the tongue. I could say it for hours and never get bored. Ypsilanti. Ypsilanti. Ypsilanti. And Washtenaw! There's another beauty.
We have a few of those names here in the Pacific Northwest like Skookumchuk, Wahkiakum and Pollywallydoodle - okay we don't have a Pollywallydoodle, but I love being the source of bad song brain worms. Try getting that one out of your head now.
Alright, back to our criminal. Surely this guy must love prison. Why else would he go robbing pizza parlors while not only on parole, but while wearing an "electronic tether" that has a GPS. Was he not listening when they explained to him what that device was and how they would use it?
Reminds me of that old cartoon of the guy training his dog. In one panel he says "Sit, Ginger, sit. Good girl, Ginger. Good Sit," and in the second panel the dogs hears "Blah, blah, Ginger. Blah, blah, blah Ginger. Blah, blah." I am certain that is exactly what this idiot stick heard at his parole hearing - blah blah blah blah blah. Genius.
Best yet. Just where was he going to hide? He had a GPS attached to him. Maybe if he gnawed off his leg he might have gotten away, but then he would have left a trail of blood. Dogs can follow blood.
One thing is very certain here and that is right after the cops saw his ankle jewelry, they looked at each other and said "What the Hell?"
Posted by Monkey Man at 12:01 AM 16 comments: 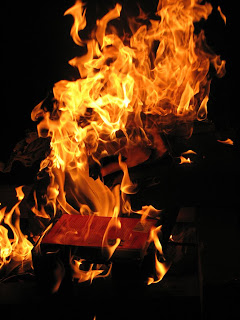 
While Mrs. MM was surfing the proverbial internet the article linked to "Fahrenheit 451" popped out at her. I just couldn't imagine a better bit of irony for a Sunday 160.
Check out the link. I think you may be shocked at some of the "banned" books.
Posted by Monkey Man at 12:01 AM 34 comments: