Skeletal remains picked to the bone
from days or weeks
of bobbing and tossing
in the surf
finally landed
on a deserted shore.
Nearly unrecognizable extremities
reached out in awkward directions
for the answer to the question –
Why?
Why had I been torn
unmercifully from my home?
Why now just a discarded piece of art? 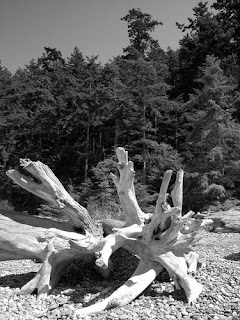 This is a Flash Fiction Friday 55
hosted by Mr. Knowitall.

Like a text message, the Sunday 160 only uses 160 characters (including spaces)
Keep on schedule - post Sunday
Let me know you have posted via a comment on my site
Visit at least one other Sunday 160

What The Hell Wednesday - Braaains!! (or lack there of) 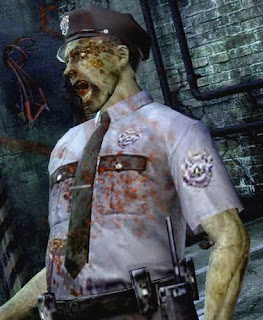 As we approach Halloween, it only seems appropriate that What The Hell Wednesday start featuring a few scary bits of stupidity. Okay, all of these in their own little way are a bit scary. I mean, after all, we are all of the same species...isn't that a scary enough thought in itself?

So this week we travel to Colorado where we find a very creatively thinking thug using his imagination to its best ability.

Colorado man says he thought officer was a zombie

BOULDER, Colo. — A man accused of shooting at a Longmont police officer trying to arrest him says he did so because he thought he was being chased by a zombie.
Twenty-two-year-old Brandon Duke was in court Friday and pleaded not guilty by reason of insanity to the charge of attempted first-degree murder and other charges. Authorities say an officer ran after Duke and was trying to arrest him on an outstanding warrant.
Duke told investigators he thought the officer was a zombie and he shot at him because he was trying to protect himself. The officer shot Duke, striking him in the torso and arm.
Duke will undergo a mental health evaluation and is scheduled in court again Dec. 3.

What kind of drugs was Brandon Duke on anyway? Police = Zombie. Good one, Brandon. Did the "I thought the woman's husband was chasing me" excuse already run its course? What about the "I was just out jogging and hate to lose a race, so I shot at him" excuse. That one always worked for me. (Not really, but I do hate to lose at anything.)
Now, surely once he got to court and the defense attorney heard the "Zombie" excuse, he jumped all over it. "Hey, kid. Why don't you just plead insanity and we can get you off on a lesser charge? That Policeman equals Zombie thing was quick thinking. I'm going to remember that one. I have a few clients that can use it." Don't you just love our judicial system.
So now Brandon undergoes a "Mental Health Evaluation". Well, of course he's insane. Any idiot who is out there stealing, having an arrest record and shooting at police is nuts. Do we really need these genes floating around the species? I don't think so. Although my guess is he is probably already a "baby daddy", let's snip this potential idiot breeder now before we have several little idiots out there shooting at "Zombies". Too bad the officer didn't shoot just a little lower.
Can you imagine the horror felt by the policeman as he was being shot at by some punk with a minor criminal offense? I am glad he was able to defend himself and hope that Brandon said, "What the Hell?" when the "Zombie" shot back.
Posted by Monkey Man at 12:01 AM 12 comments: 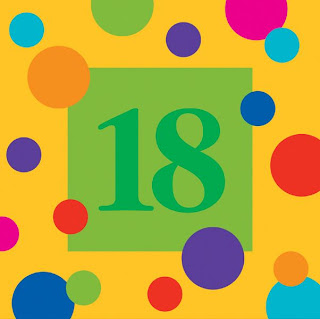 She glided down the aisle
with confidence and grace.
My heart raced
filling my veins
with everlasting love.
It was eighteen years ago
and I still feel it today.
_____________________

October 9, 1992 was the date Mrs. MM and I were married. It was a simple ceremony with immediate family and friends. Love flowed freely. Since this is our anniversary weekend, I won't be checking Sunday 160 blogs until Monday at the earliest.