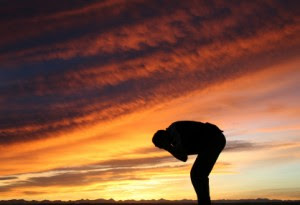 Images of glory had filled his head when he signed on to be the boy turned into a man. He had no idea what was to come. They broke him down and built him again from the ground up. His loyalties were fierce. He would fight for country with his brothers.

He saw things to which no human should be subjected. Lives of friends snuffed out in an explosive pink cloud of violence. Wide, wild eyes of a stranger before lack of life turned stares blank as he maliciously stopped their time on this world. Shivers of fear as mortars whumped from distant tubes and exploded all around while bullets whined overhead and plowed the earth before him. He drove emotions so deep he might never recover them. His patriotic fantasies turned to dirty, hardened reality.

Once back home in the world, no one could understand how a survivor could feel. Why his heart ached. He was told to suck it up. Forget the past. Ignore and never speak of it to anyone. He tried burying his feelings deeper. Ignoring the night terrors, dreams of brutality and ghosts of his pain and suffering. But he wanted freedom, an escape. A way to silence the demons that haunted his head and his heart. He was good at killing and felt this would be no different. So joined his fallen comrades.

In the aftermath, a tearful mother was left to say, “We had no idea. We just thought he was blue.”
Posted by Monkey Man at 12:01 AM

It sickens me to think of the way that some of the men and women that put their lives on the line for us are treated. My uncle was in Vietnam, I thought of him first when I read this. My aunt says he's still not told her much of his time there. Then there are my sons-in-law that were in Iraq. I see their struggles. There's much more help today then there was for those in Nam, but it has affected them in ways no one that wasn't there can ever know.
As all of your posts are, this was excellent.

very sad tale, but all to true so often. My brothers all served in the viet nam war. My oldest brothers hands shook for years after he came back (watching him try to light a cigarette was an exercise in restraint). Luckily they had each other to talk to about their experiences. Don't you think that, soldier or civilian, when someone commits suicide, everyone that knows them seems so surprised?

Very sad but beautifully written. Short, succinct and I imagine felt by many. We have an organisation here who deals with depression (not necessarily dedicated to veterans) called Beyond Blue. . . fitting don't you think?

omfpht! like a gut punch this morning MM...what we put our people through before we forget them...

My wife's uncle still shakes from being in Vietnam. I don't think anyone took into account the traumatic aftermath that our troops would have after coming home. Depression? No. It goes beyond that.

good work, MM.
spoken for many who are silent.

keep writing with those knuckles
Di

this makes me blue! What a great reminder of their sacrifice. We don't appreciate or reach out enough!

Excellent, if difficult, piece. Thank you.

God that's heart breaking. You write as though you know...

We have back burnered the war now. Too much emphasis on "success in Iraq" and the Afghan death toll in June approximated the highest month death toll in Iraq. Where's the outrage?

When I was in, I would listen to so many stories of what went on over there. That was all so many of them talked about since the war was still going on. And even today if someone knows that I was in during that time and they went over there, they still talk to me about it. Even though I did not go over there, I was still a part of it and I cannot watch any movies about the Vietnam war to this day. I lived it through all the stories that the other soldiers told me. Maybe I helped them to just listen, I do not know but I have heard hours and hours of stories about it. And then to see how they were treated when they came back, well it still breaks my heart today. I am so thankful that we have not let that happen again and I pray that we never do. These are the people who will willingly give up their life for you to be free. We must always show them the respect that they have earned.

Sad but so very well put.

I worked on a PTSD unit - suicide and drugs ; drugs and suicide.

Our hearts were never meant to endure such pain and agony.

a rather whimsical bluemoon

Your story touched me emotionally. It's a reminder that talking, sharing feelings and having someone to listen to is so valuable. Thanks for sharing.

One of my best friends is a Nam vet...he has severe PTSD still, it will never go away, and he's still haunted by his demons and nightmares. There are people who can't believe he can't let it go. What a great, important post to usher in our independence!

War does terrible things to people. And those of us who've never personally experienced such horrors, I'm sure, can hardly imagine how it affects one's spirit.

I wrote something on the same, same time ago, if you are interested check it at: http://gabrielaabalo.blogspot.com/2009/11/tim.html

some things just cry out to be shared. unfortunately, they are the most difficult to understand.

A very sad reality for many of our soldiers, once they return home...

I like the name of your blog and all the monkey themed allusions you make on here. Monkeys rule!

so sad that his anguish was misinterpreted. Great post!!

Very moving. My ex was a Vietnam Vet, Granada and Desert Storm Vet. He spent most of his life in the military. He was the sadest person I have ever met in my life. Bless his heart.

Excellent piece. Lovely example of how so much can be said in one final sentence.

Wonderful writing MM, and so sad. Great take on the "blue" theme.

Heartbreaking. I always think of this. I have not been through or witnessed any of the atrocities that people in the military have and I still have issues because of the violence I have witnessed. I just always think of how it changes a person and how we leave no room for them to truly ... I don't even have the words for it, but there is just no room for them to speak of what they are going through, of how they have forever been changed. They are just supposed to come back and act like they haven't been to hell and back.

Your Blue is magnificent in it's sadness! I am truly sorry for not having commented earlier, but I was away for the week end.

I was away for the weekend and just read your post. A very sad reality that you highlight excellently.

With two boys in the military, this really hit me. Such a sad state of affairs. Sad.