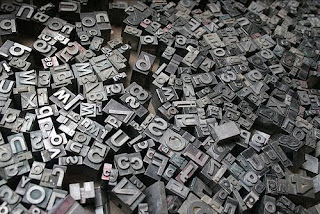 During the coarse of righting, spell Czech can bee vary important. Know won likes two have a story published that is full of misspelled words. Eye pride myself on my spelling as eye am sure many of ewe due. That is why eye have carefully checked this document too make sure beyond a shadow of a doubt this peace was perfect.

Now that is knot to say that everything eye have written hasn't had a mistake now and then. After all, wee can't expect to catch every little detail. Eye mien any won can overlook sum small error and should bee forgiven.

Won should bee cautioned, however, on to much reliance on spell Czech. Many times eye have scene spell Czech sea a word that is spelled correctly, butt it isn't used in the proper context. Yew no watt eye mien. When ewe leave the "Y" off the end of "they" butt spell Czech still says it is all rite to use. Doesn't even sea it as a misspelling and their yew are with an embarrassment on you're hands.

Fortunately four me, eye have spell checked this story and know words were found too bee misspelled. Good news all. Thee system works.
Posted by Monkey Man at 2:59 PM

Oh my gosh! I love this! I am overly sensitive about misspelled words in the comment section. I have deleted comments and corrected them. Since I've been using Google Chrome, I like it because it automatically checks for misspelled words in posts and comments. But, hay, I'm not always write!

Thanks for this today! Made me smile.

Pray G - Thanks is what is okay by spell check. Thx is easier.

Greenie - I have done the same thing. Delete and correct. Then I have seen yet another boo boo and said fugit. Glad to bring a smile out.

I dew this all the thyme.jeNN

Cr....p Last night I was writing a version of a famous poem with the spell czech of Jabberwoky, and the form of "How do I love thee, let me count the ways?" You stole my stuff?

who'd have thought... each one correct, yet somehow wrong... the marvel that's called the english language. nicely done, mm

This is a very, very clever post. I have to ask, how hard was it for you not to correct the misspelled words?

Yoou need the girls of Sunday Night to go over your copy they are merciless and love to abuse the aged eyes.

All I know is you spelled butt right. :-)